The Top 5 Activities in Huaraz

The gateway to some of Peru’s most spectacular hiking trails, can be found in Huaraz, is a small Andean city located at the foot of the almighty Cordillera Blanca. Snow-capped peaks and crystal-clear glacial lakes entice mountain climbers, trekkers and travelers from all over the world, to this lesser-known Peruvian town. Often over-looked with Cusco taking the spotlight (famous for Machu Picchu and Rainbow Mountain), Huaraz is in fact much closer to Lima and an alternative, less crowded destination for intrepid adventurers and mountaineers. Here are some things to do while in Huaraz: 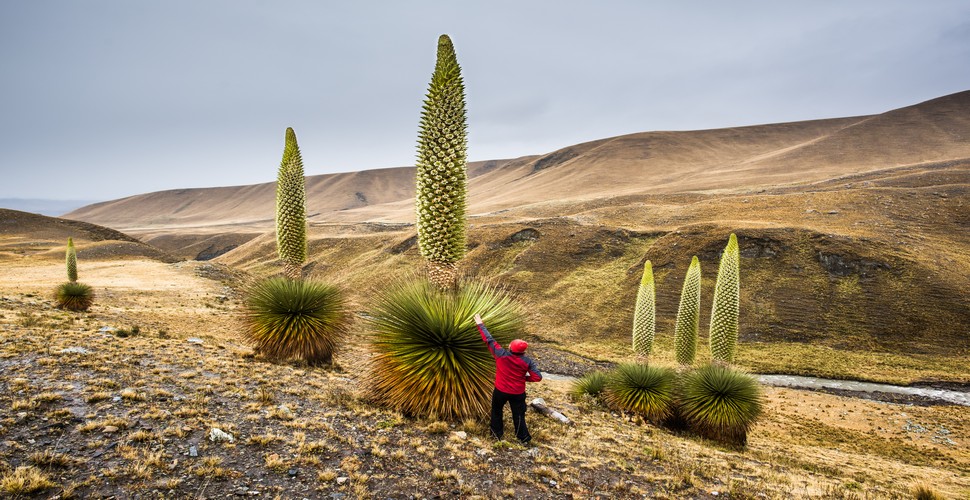 Today’s cityscape might lack the beauty or charm of its neighboring settlements (95% of the city was destroyed in an earthquake in 1970), but if you love the great outdoors, there is surely no better place to visit that this adventure epicenter. Huaraz sits at 3,052m, amid the breath-taking glaciers of one of the world’s most impressive mountain ranges, the Cordillera Blanca in the Peruvian Andes. It’s home to the tallest mountain in Peru (and the fourth highest in South America), the Huascarán mountain found in the national park of the same name. The Cordillera Blanca is the largest tropical ice-capped mountain range in the world, reaching over 6000 meters (19,685 ft) in elevation.  Here are our top 5 things to do in Huaraz.

Famous for its natural beauty and its distinctive shape, the Alpamayo is an impressive mountain located in the Cordillera Blanca of the Peruvian Andes. Found 5,947 meters above sea level, it is one of the peaks that belong to the Santa Cruz Massif and offers several different routes for climbers, who flock here to climb the Cordilleras magnificent mountains. 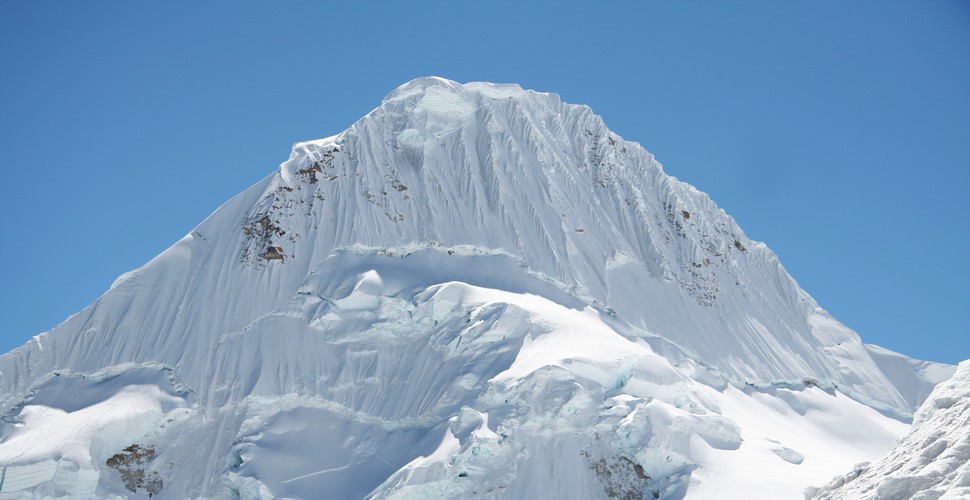 This is for the more hardcore walkers, at around 50km long, crossing tricky terrain and at high elevation. The Santa Cruz Valley circuit normally takes hikers four days and three nights. You will have to take camping equipment, which is provided by your trekking operator. Prepare yourself for vast mountain passes, alpine lakes and a crystal-clear view of the night-time sky.

The hike to Laguna 69 is probably one of the most popular hikes to do as a tour, but can also be done on your own. The Laguna 69 tour is a one-day hike, and day tours usually leave at around 5.30am, returning at 6 in the afternoon. Lake 69 is a stunning spot that is not to be missed and a paradise especially for photographers. The trek is 8km long at a high altitude. 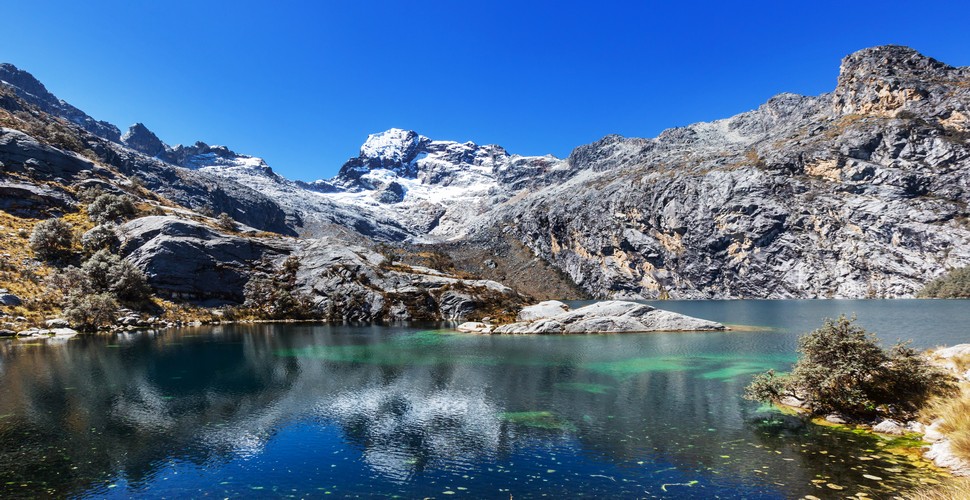 If 3 or 4 days just isn’t enough time spent in this beautiful landscape, why not take the 10 – 12-day hike on the Huayhuash trail? It’s a challenging hike at an altitude of mostly above 4000m elevation, but is widely considered one of the most spectacular walking routes in the world. The Cordillera Huayhuash is an inspiring place and home to Peru’s second highest summit “Yerupaja.” 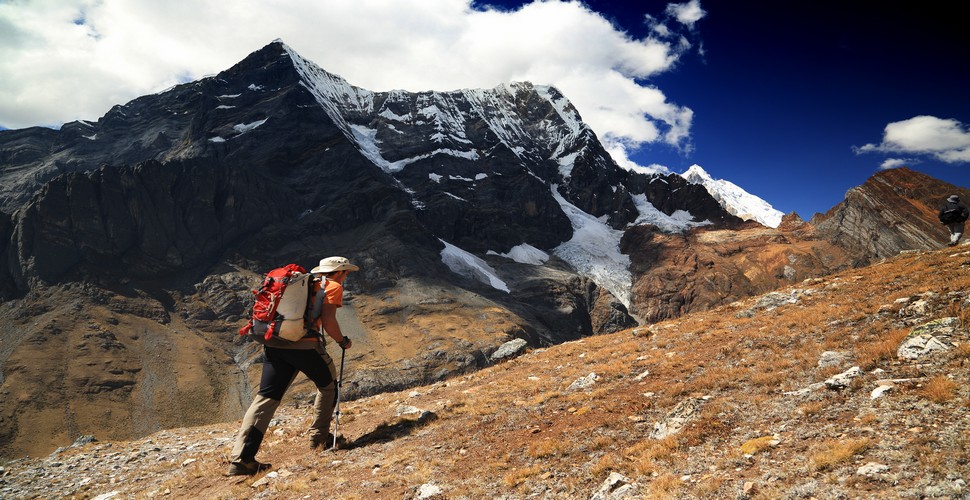 Set out early from Llupa or Pitec, near Huaraz, which takes you directly to the trail head of the trek. From here the path leads upwards, but take it slow as you gain altitude rapidly. You will have great views over the valley and eventually reach a waterfall and stream, where the fun really begins! There is a steel cable to haul yourself up the rocks and once you have, you are close to the stunning blue waters of the Lagoon, found at 4,450m. 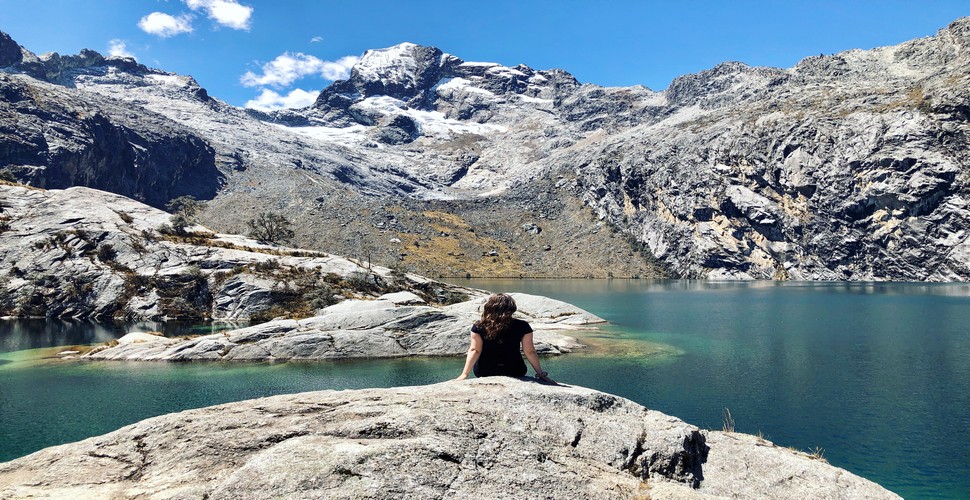