If you love superlatives, Peru is the country for you. Peru is home to some of the biggest, tallest, deepest, driest, and wettest places on the planet. It is one of the most biologically diverse countries in the world with a variety of landscapes and climates. Peru literally has it all; beauty, a deep rich history, mystery, adventure, dramatic and diverse landscapes, unimaginable architectural constructions, wildlife, bright vibrant people and clothing, and amazing food, arguably the best in the world! Here are some fun & interesting facts about the incredible and diverse country of Peru! 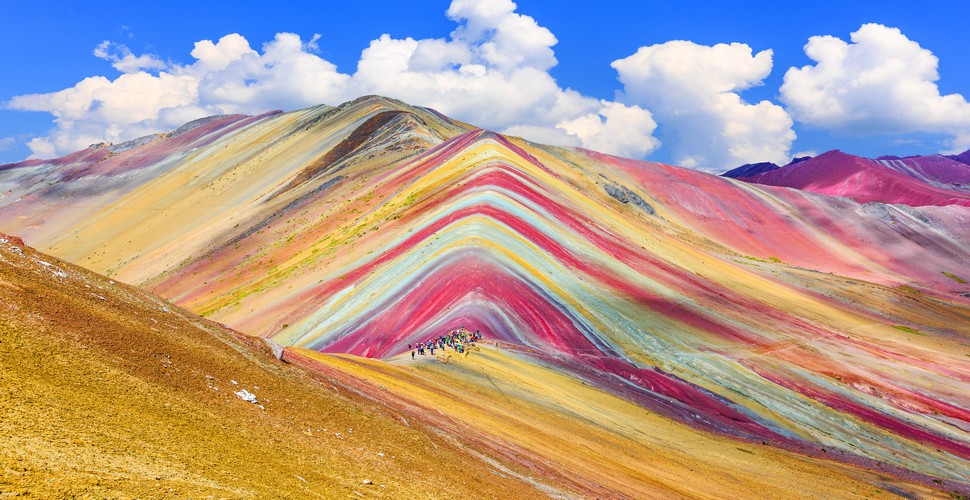 Machu Picchu sits on top of two fault lines and experiences frequent earthquakes. However, the combination of its intelligent Inca design and sturdy materials means that it has survived thousands of years-worth of earthquakes without a scratch.

The Incas were polytheistic, meaning they believed in many gods. One example of an Inca God would be Pachacamac, who they believed created humans, vegetation and oversaw the harvests. The Incas would often give offerings and sacrifices, including animal and human sacrifice, in order to please the gods and bring blessings upon their communities. 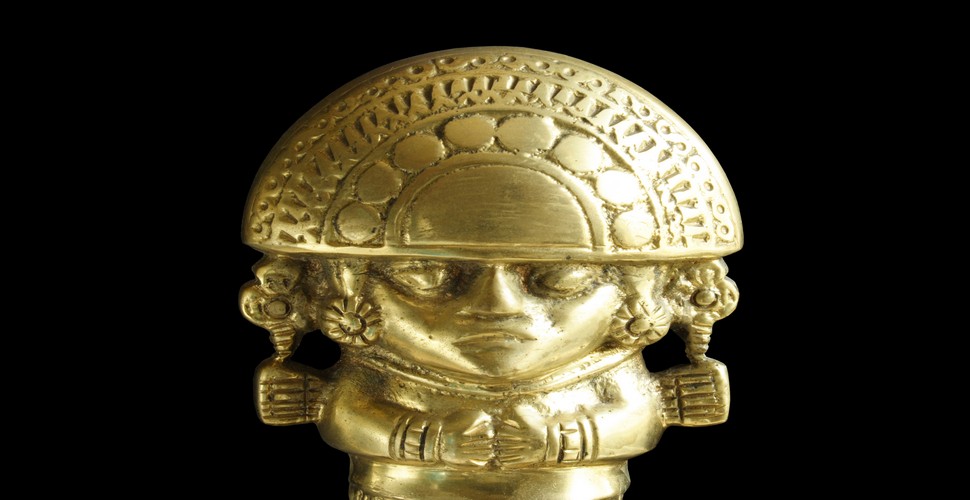 Peru has one of the most diverse landscapes in the world, with about 90 different micro-climates the scenery in Peru ranges from the Amazon Jungle to desolate desert. This results in Peru having one of the widest ranges of biodiversity in the world. The many different ecosystems allow it to be home to over 1,800 species of bird, 500 kinds of mammal and 300 different reptiles.
Peru is home to the largest flying bird on earth, the Giant Andean Condor. With an impressive wingspan of 3 meters across, it is a wonder of nature that these huge birds can still be airborne, with their average weight coming in around 15 kilos.

There are about 10 million alpacas in the world. Three quarters of them call Peru their home. 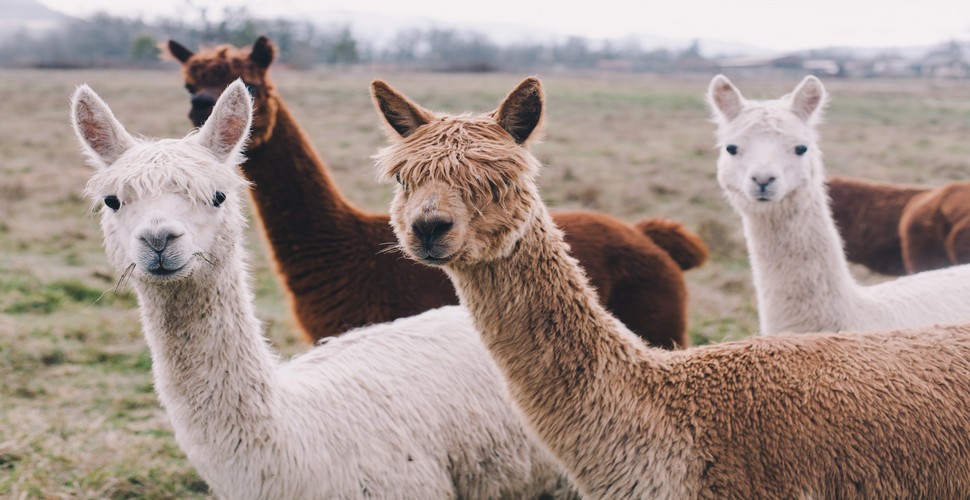 The tallest flower in the world grows in Peru. The Puya raimondii plant is fascinating, only found in the elevated peaks of the Andes, this flower can grow up to five meters tall and takes around 80-150 years to bloom!

The Incas would mummify their dead and place them in graves standing upright with gifts to take with them to the afterlife. 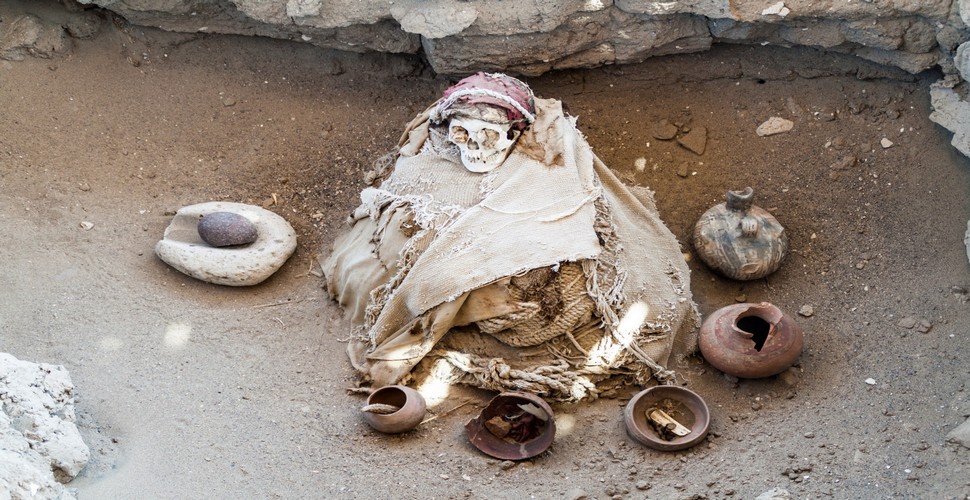 Peru produces one of the most expensive cups of coffee in the world! In order to make this special brew, coffee beans are fed and then picked out of the excrement of a monkey-type mammal called a coati. A cup of this coffee will cost anywhere between $20-$65, people who drink it have a very expensive taste.

Peru is home to the special Camu-Camu fruit. Growing in the Amazon Rainforest, these berries have one of the highest levels of vitamin C found in nature. They are so sour that it is rare to see them eaten raw, more commonly they are crushed and sold as a powder that has many health benefits. 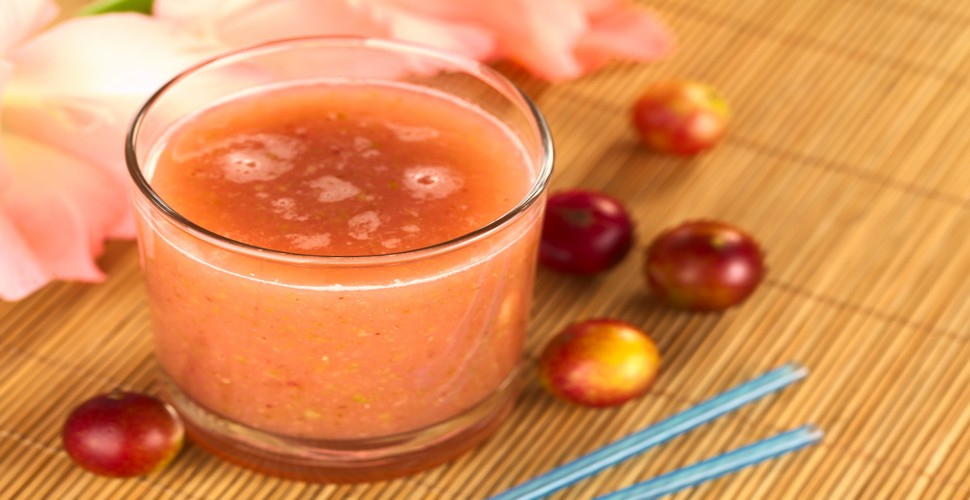 Peru is the third-largest country in South America, coming in after Brazil and Argentina. It measures 1,285,216 square KM.

Archaeologists now know how the Nazca people made these famous geoglyphs, but no one has yet figured out why. There are over 800 straight lines that stretch across the plain, some of which are over 50 km in length. There are also 300 geometric patterns including triangles, zig-zags, spirals, and arrows. Finally, there are over 70 drawings of plants and animals. Researchers have been studying them for decades, but they’re no closer to discovering why there were built.  A flight over the Nazca Lines during your trip to Peru is an excellent way to appreciate these lines to come up with your own theory! 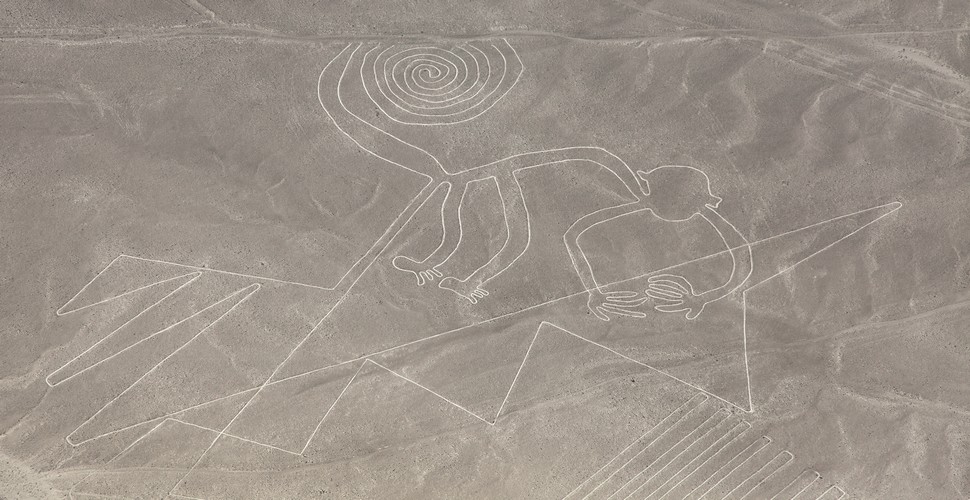 Coca leaves are great for your health. Peru’s native coca plant often gets a bad rep because it used to make cocaine. However, in its natural, non-concentrated form, it offers users a host of health benefits. When trekking high in the Andes Mountains, coco leaves can help calm altitude sickness. Drink a coca tea when you first land in Cusco to acclimate to the altitude,  it really helps to alleviate headaches. The leaves of the coca plant are full of Vitamin B, Vitamin C, and iron. Locals use it to relieve pain and hunger, while visitors can experience relief from altitude sickness. In the past, Incas used the plant in religious rituals and even buried coca leaves with the dead.

Peru gave us potatoes and tomatoes. These endemic Peruvian plant species were unknown outside of South American countries until the 1500s.Peru is home to over 3,000 varieties of potatoes in an array of sizes, colors, and textures.  While potatoes immediately became popular throughout the rest of the world, tomatoes were actually feared for centuries. Europeans mistakenly believed this native Peruvian fruit was poisonous. It wasn’t until pizza was invented in Naples, Italy, in the 1880s that tomatoes became a trusted and beloved food item. 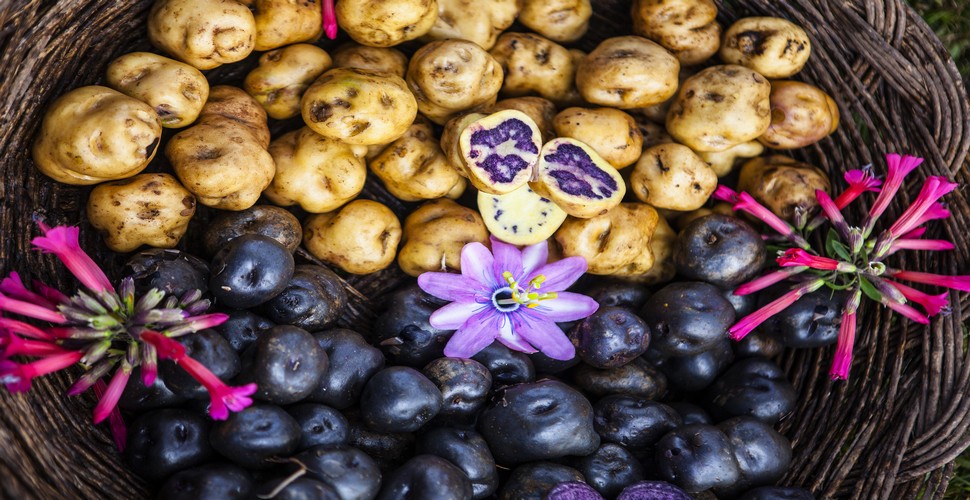 Straddling the border of Bolivia and Peru, Lake Titicaca holds the honor of the world’s highest lake. It sits at a dizzying 3812 m above sea level and covers an area 120 miles long and 50 miles wide. These numbers aren’t the only fascinating facts, though. In the 1970s, researchers discovered an entire city hidden beneath the waters of  Lake Titicaca. On the surface, the native Quechua people thrive, living on 120 man-made floating islands.

Almost undiscovered until 2015, Rainbow Mountain quickly became famous for its jaw-dropping and Instagram-worthy beauty. Layers of clay and sedimentary rock transform the otherwise bleak landscape into a literal rainbow of color. An expedition to this natural wonder isn’t for the faint of heart, though. At over 5000m  above sea level, it’s certain to be one of the highest altitudes you’ve ever trekked. Make sure you’re well-adjusted to the elevation before you sign up for a tour to Rainbow Mountain! 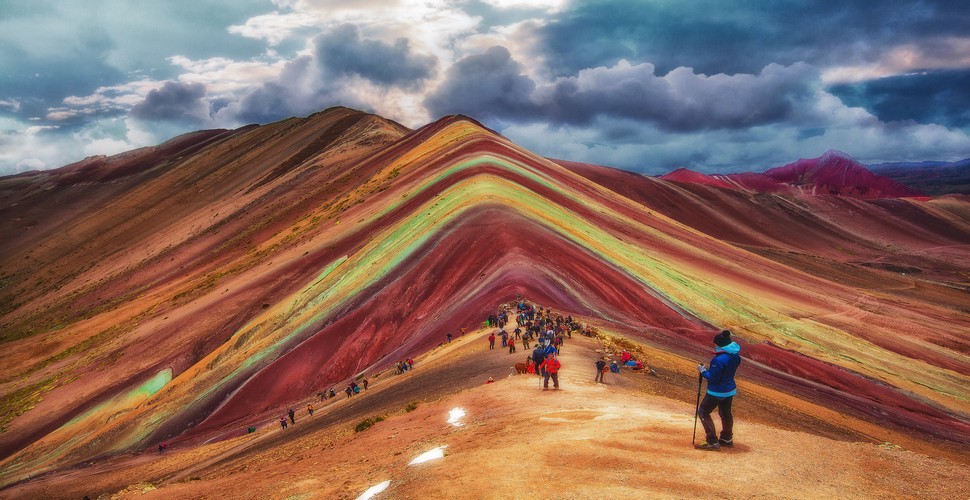 Cotahuasi Canyon is the deepest canyon in the America’s. To give you an idea it is nearly twice as deep as the Grand Canyon at 3,354 metres 11,00-4 feet deep! Located near Arequipa it is second only to Yarlung Tsangpo canyon in China. Remember that deep canyon we mentioned at the outset? You’ll find it in a remote region of southern Peru, over 12 hours by bus from the nearest city of Arequipa.

The native Quechua people have unique marriage customs. The indigenous people of Peru are known for their warm smiles and colorful clothing. You can actually tell the marital status of any Quechua woman you meet. Single women wear knitted caps, while married women wear straw hats. Even more interesting, the Quechua practice of a “trial marriage,” is a custom dating back thousands of years. Men and women are free to choose their partners, end the relationship, and remarry at any time. Any children born in the interim are viewed as belonging to the community, not a specific couple. 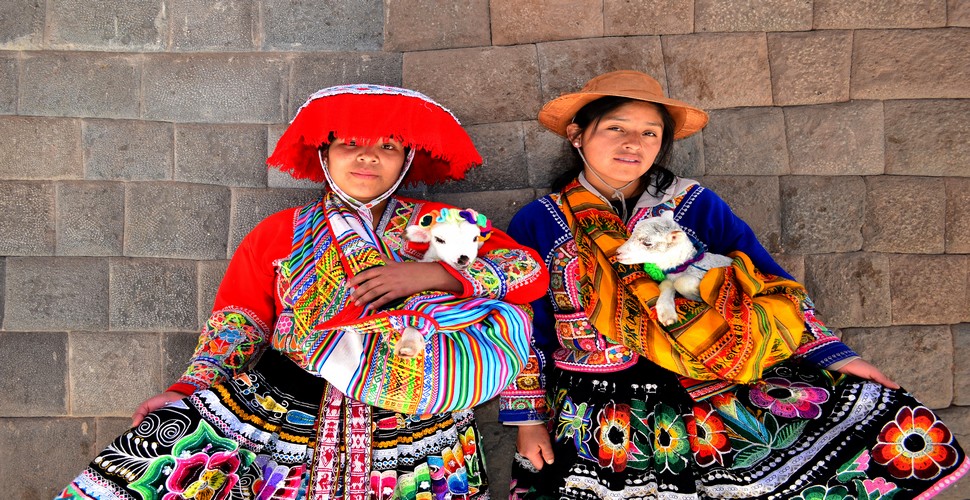 The elongated skulls of Paracas were discovered by archaeologists who first uncovered the strange cone-shaped skulls in the Paracas region, and were actually thought to be aliens. Although it’s a fascinating theory, science has confirmed that the skulls are human in origin. The unusual shape is due to the ancient practice of head binding. During the first few years of a baby’s life, parents would wrap the head in specific ways to alter the shape of the growing bones. This may have been done as a rite of passage or to distinguish different classes amongst Peruvian People.

One of the strangest foods in Peru is deep-fried guinea pigs. Peruvian cuisine is quite diverse with a blend of seafood, meats with corn and potatoes being its base. But a delicacy in Peru is Cuy, aka guinea pig. The don’t look at these furry critters as pets but as a delectable dish! 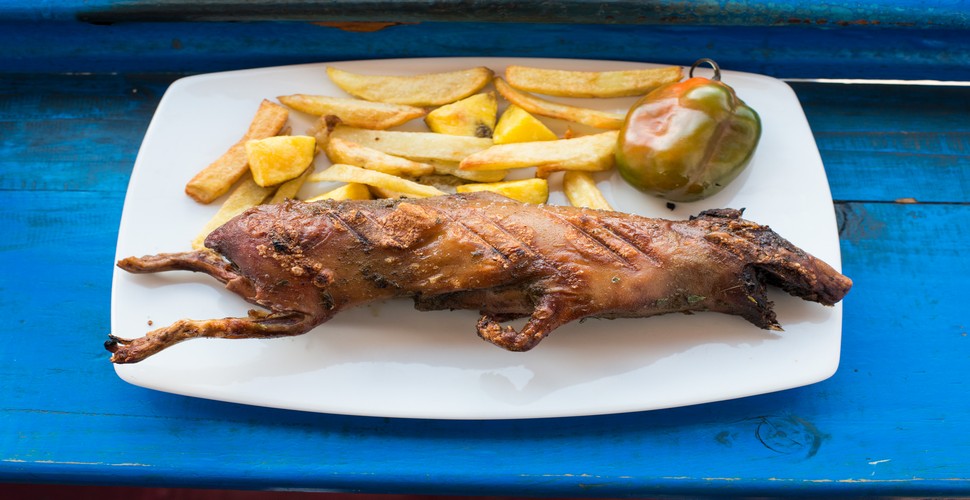 Machu Picchu is a true Wonder of The World. You can’t hear the word “Peru” without conjuring a mental image of the lost city of Machu Picchu. A hike along the Inca Trail to this Inca citadel is a must for anyone who visits Peru.  Located high in the mountains outside Cusco, Machu Picchu was hidden from outside world until 1911. Archaeologists believe the city was built at the height of the Inca Empire during the 15th and 16th centuries. Their best guess is that it served as a royal estate for Incan nobles, but no one knows for sure why it was built. 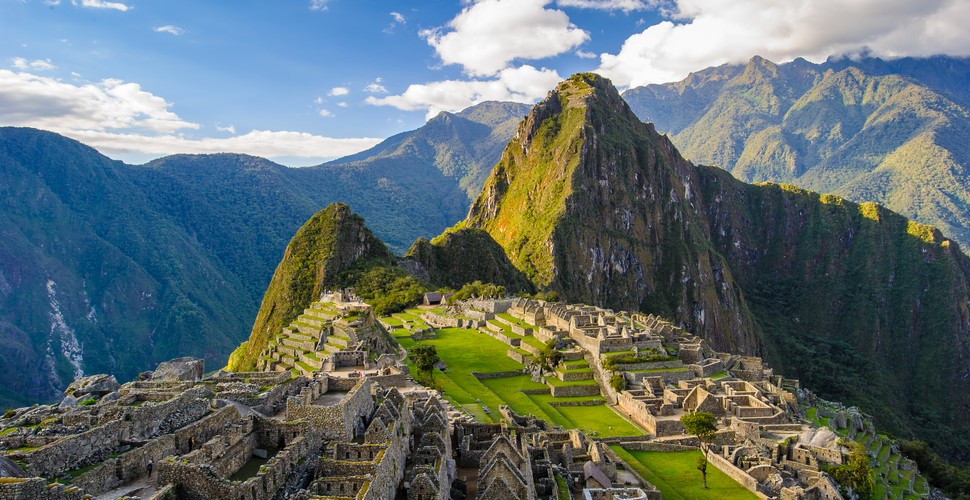