Gocta Waterfall and The Chachapoya Civilization 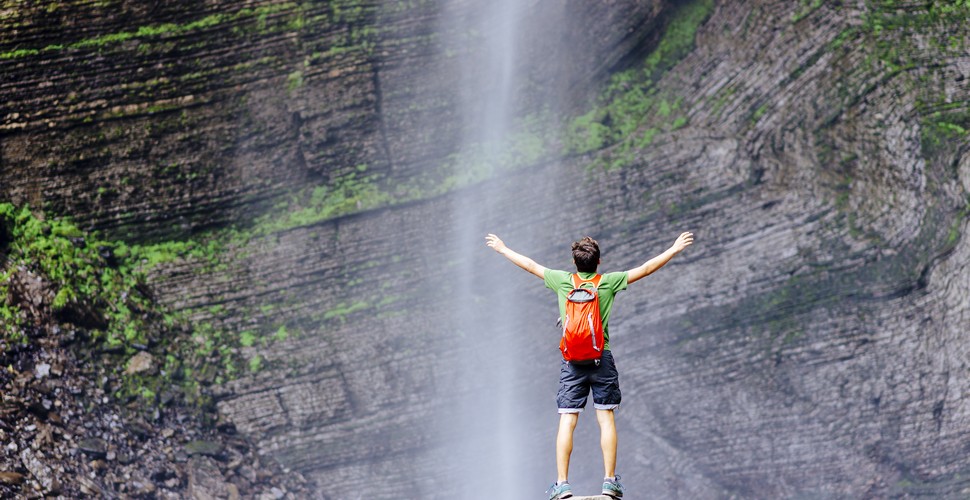 To say this is one of the world’s tallest waterfalls, it’s hard to imagine that Gocta Waterfall was only ‘discovered’ in 2002. It is hard to believe that such an immense amount of water, cascading hundreds of metres down a cliff was hidden to the outside world for so long. As is the case with most discoveries in South America, a westerner came along and told everyone about his incredible “discovery”. The local people of course were well aware of the waterfall of course, but this natural glory was still to be exposed to the outside world as such.  There is a somewhat supernatural explanation as to why the indigenous people chose not to expose the waterfall, with legends of a mermaid who lived in Gocta Waterfall. If her location was revealed, they would all be doomed. 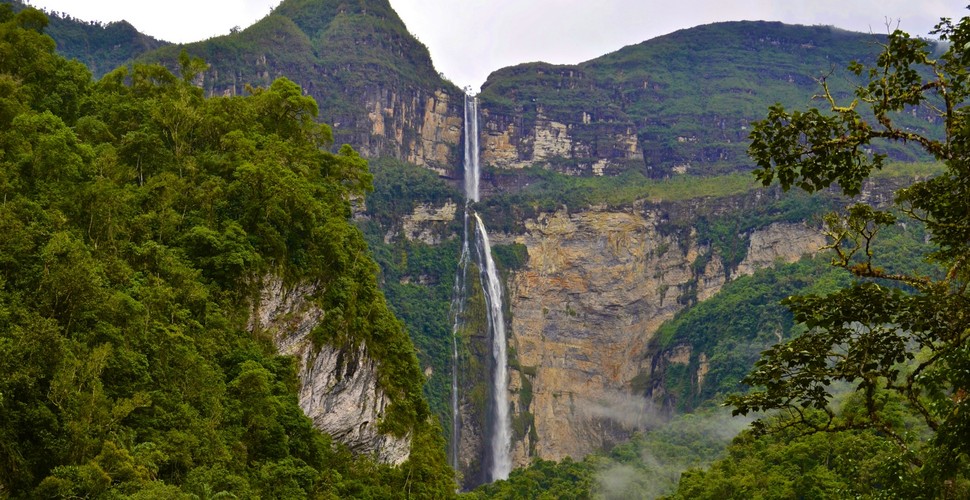 When a German explorer called Stefan Ziemendorff visited the area of the Chachapoyas region of northern Peru, he was taken there by locals. He mapped his findings to the falls, but this is where the stats get confusing. Gocta Waterfall has 2 sections, an upper section and a lower section. Waterfall purists will argue that this counts as two separate falls. Others say it is one complete waterfall.

On his return home, Ziemendorff eagerly announced to the world that Gocta Waterfall is 771 metres tall. Many disputed his claim and the debate began and does so to this day. This explains why some say it is the third tallest waterfall in the world, but others say it’s the 15th largest. 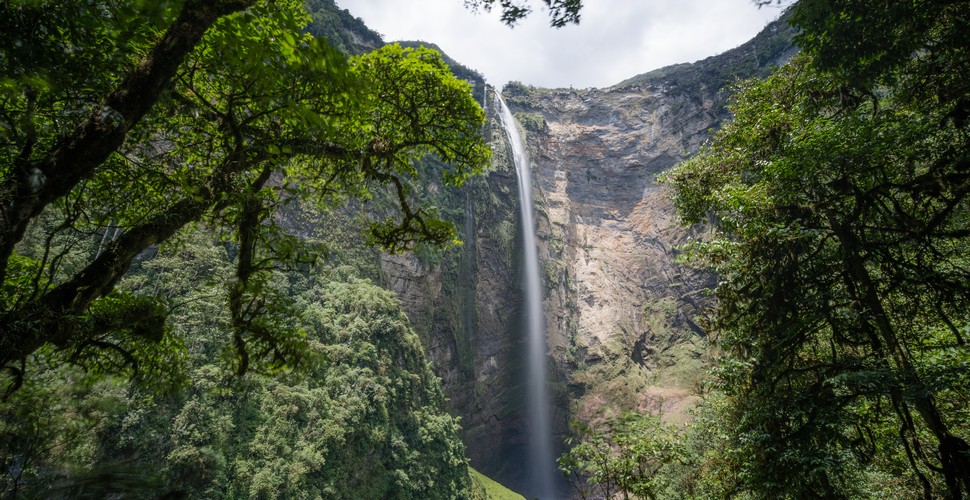 Gocta in all it glory

Whatever it’s official size, this does not take away from the fact that this waterfall is absolutely mid-blowing, when seen in person. You can take a hike to the Gocta waterfall, which requires a decent element of fitness and a healthy spirit of adventure. The trail is steep in parts and relatively slippery. You can be hiking along flat rocky cliff edges in the sunshine, which rapidly turn into steep muddy forests. And it is this ever-changing scenery, that makes it an awesome experience. 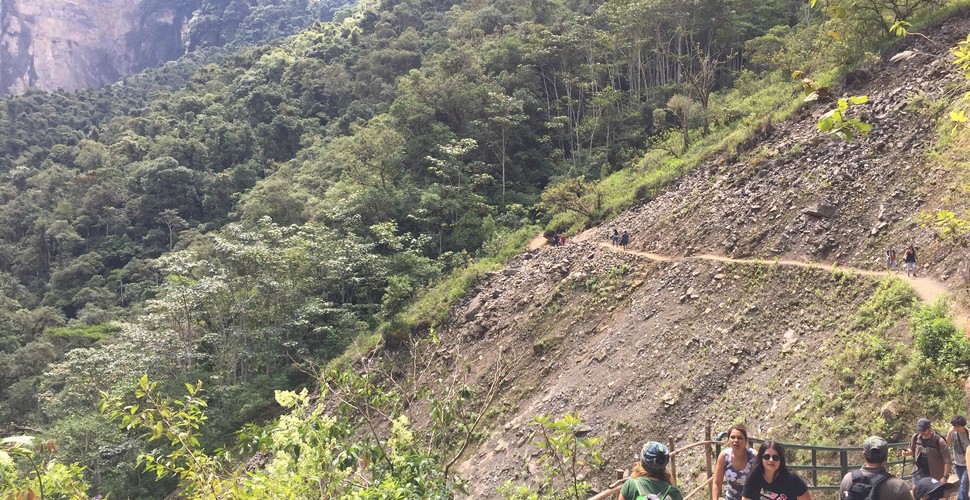 Starting in the small village of Gocta, you will need an entrance ticket before you head to the waterfall. All along the route, you can see Gocta Waterfall far in the distance. The initial hike from the village is a steep ascent, but it allows for spectacular views. Perched out on the top of a cliff is the Gocta waterfall, plummeting down the mountain. 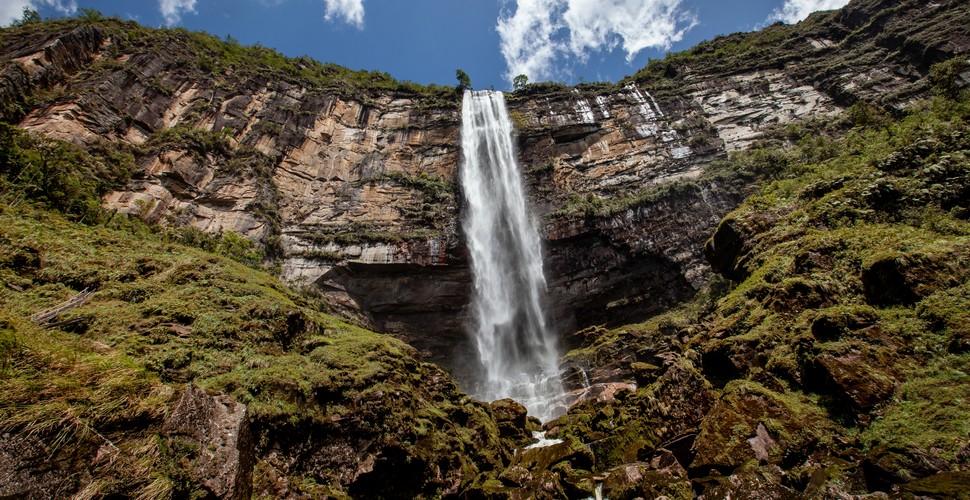 You will then hike deep in to the rain forest, where the air is thick and humid, but with a refreshing mist blowing over from Gocta Waterfall itself. There are a number of places to stop and admire the views along the way, the main challenge however, is trying to fit both sections of the Gocta Waterfall in to the photo!
As you approach the fall, the pinnacle is when you reach the base of the magnificent Gocta Waterfall. Whilst in many countries health and safety has a huge influence on any experience, there are few restrictions at Gocta.  You can walk right up to where the water hits the rocks below. There was a Gocta Waterfall death some years back so you may not want to get too close no matter how inviting the waterfall appears! 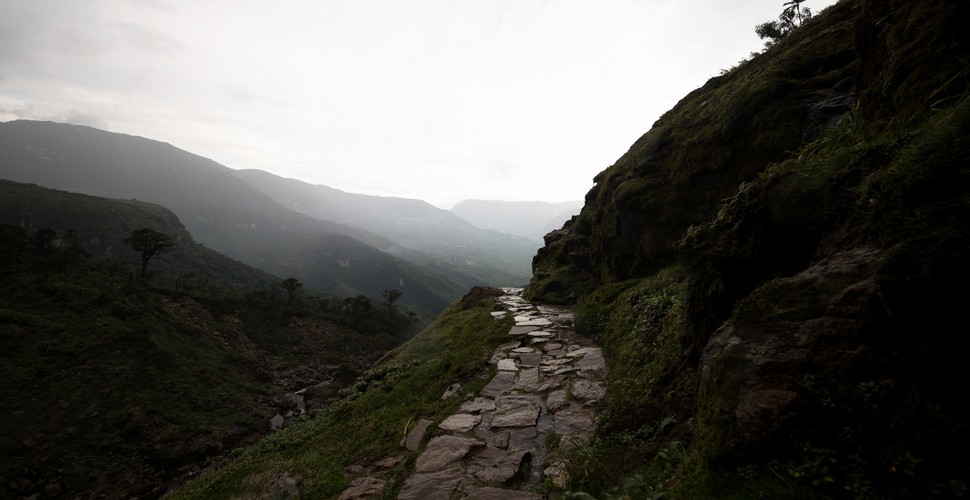 To return to the village of Gocta, you must trek back the same way. The hike is tougher on the return journey as you’re faced with a lot mor steeper ascents. Make sure you’ve packed some snacks and water to get you through the trek. Chachapoyas is the most convenient place to base yourself when visiting Gocta Waterfalls.
If you prefer not to hike for four hours, you can access the village of Gocta from Chachapoyas in a vehicle or motor taxi. A guided tour will take the stress out of the waterfall visit and also take care of the transportation logistics. 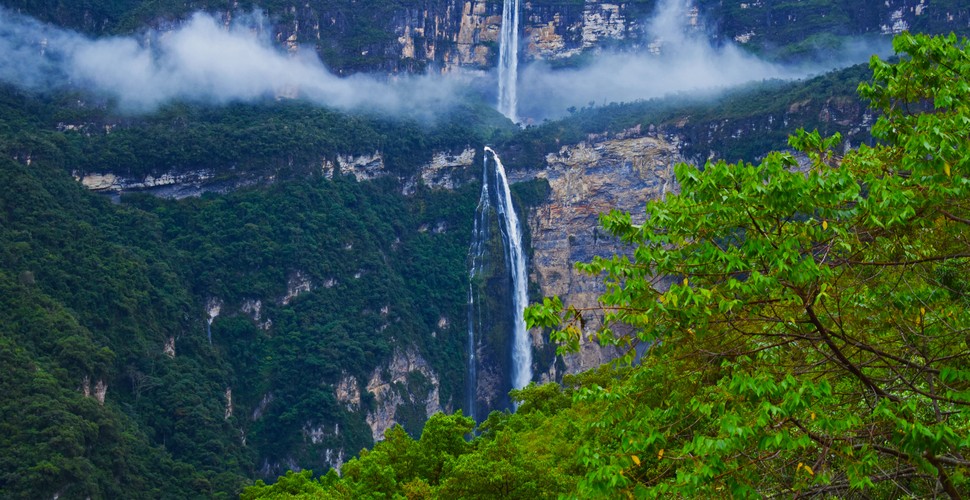 The region around Gocta is named after the Chachapoya civilization, a people known as the Cloud Warriors of Peru, native to cloud forest of the northern Peruvian Andes. 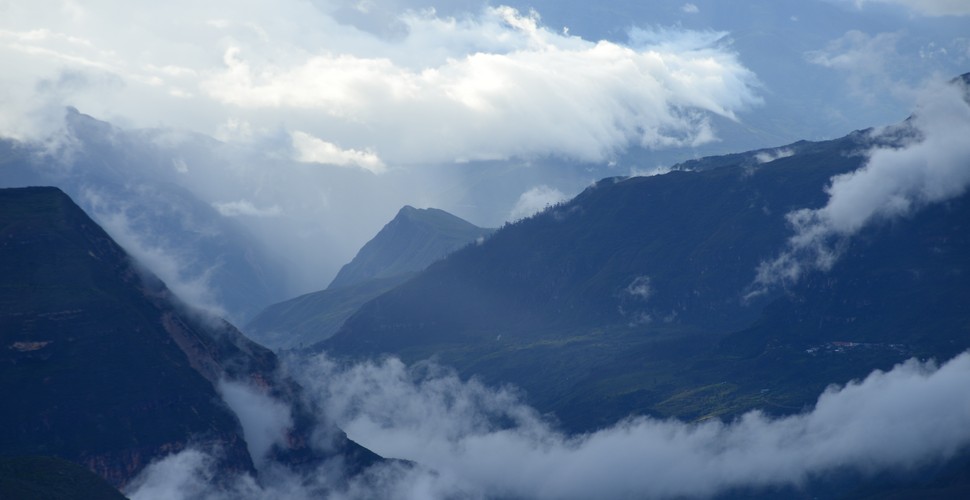 Land of the cloud warriors

The life of the Chachapoya people was completely different to all other Peruvian civilizations at the time. Where the Incas were more concentrated on massive constructions of citadels such as Machu Picchu.  Pre-dating the Inca by over six centuries, the Chachapoya culture flourished from around AD 800 in Peru’s remote northern highlands, in this area of rolling mountains, deep canyons and massive waterfalls, where the eastern slopes of the Andes turn into the humid Amazon basin. A number of small civilizations gradually took root, farming terraced fields and acting as trading intermediaries between the Andes and the Amazon. The population, which consisted of a population of 500,000 at its peak, produced powerful shamans and engendered a tough fighting ethos. The civilization evolved with little outside influence until the invasion of the Inca in the 1470s. 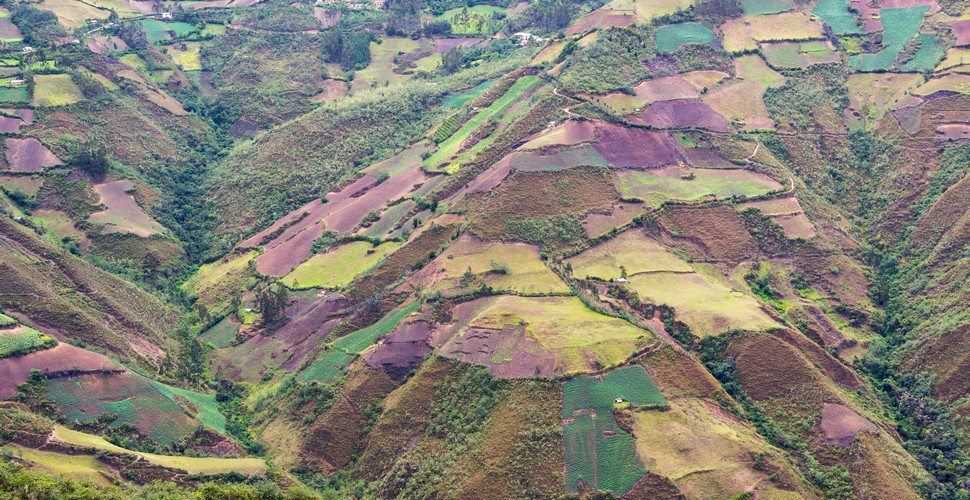 Evidence excavated from the funeral sites on the limestone cliffs of Peru’s cloud forests, offers vital clues to the way of life of the Chachapoya people. These burial sites characterised by sarcophagi with humanoid faces, that were built into the rockface, still look down imposingly from isolated hillsides, lead us to believe that a vigorous independent culture, different from its Andean neighbours, once lived here. 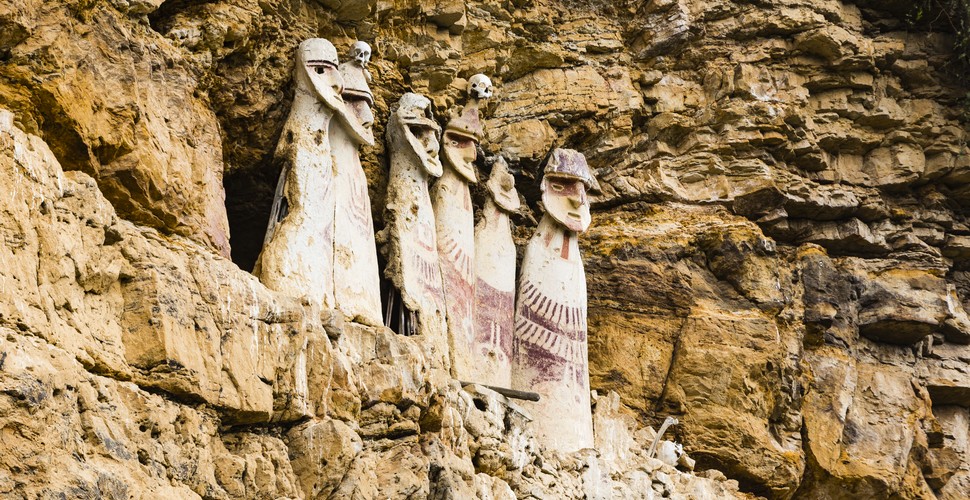 Today, the best remaining evidence left behind by the Chachapoya people, can be found at Kuelap. Kuelap predates Machu Picchu by at least 700 years and exhibits remarkable stone masonry skills, as impressive as the Incas. However, rather than construct the rectangular dwellings the Chachapoya built circular limestone structures that would have been covered with conical thatched roofs. 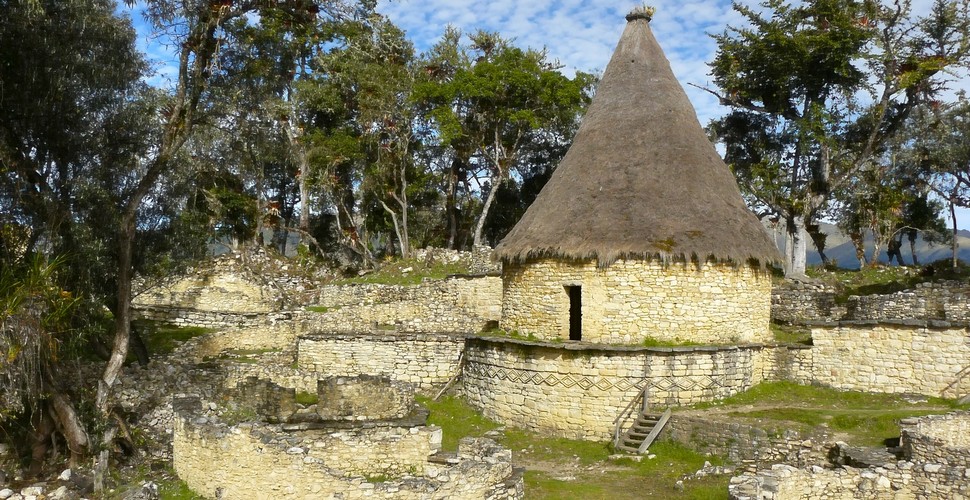 Today, Chachapoyas is a place full of adventure, where there is still a lot to discover in the thick rainforests of the region, including the Gocta waterfalls, attracting many visitors to the region of the ancient cloud warriors. 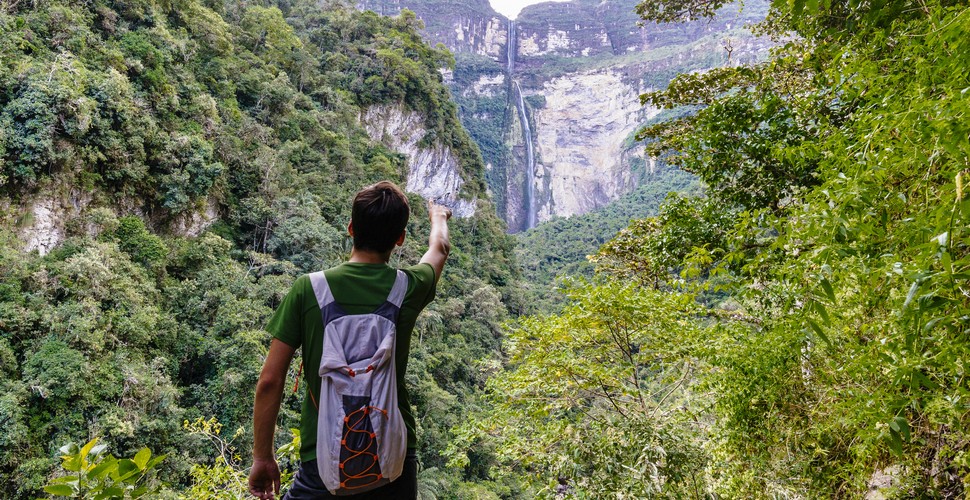