The Festival of The Virgen del Carmen in Paucartambo

On any other day of the year, Paucartambo is a small, tranquil Andean town where nothing much really happens outside of daily life. However, if you decide to take a visit from Cusco around July 15 and 18, you will have somewhat of a surprising encounter. This unique, traditional festival marked with a rainbow of color and music takes over the town and the rhythm of traditional dances takes over the crowded streets. Masked colonial imagery and people dressed in impossibly detailed costumes with hand-embroidered patterns rule the roost for this 4 day festival. No matter when you visit, however, one thing will be certain, everything revolves around those four days in July, when the Fiesta de la Virgen del Carmen is celebrated. 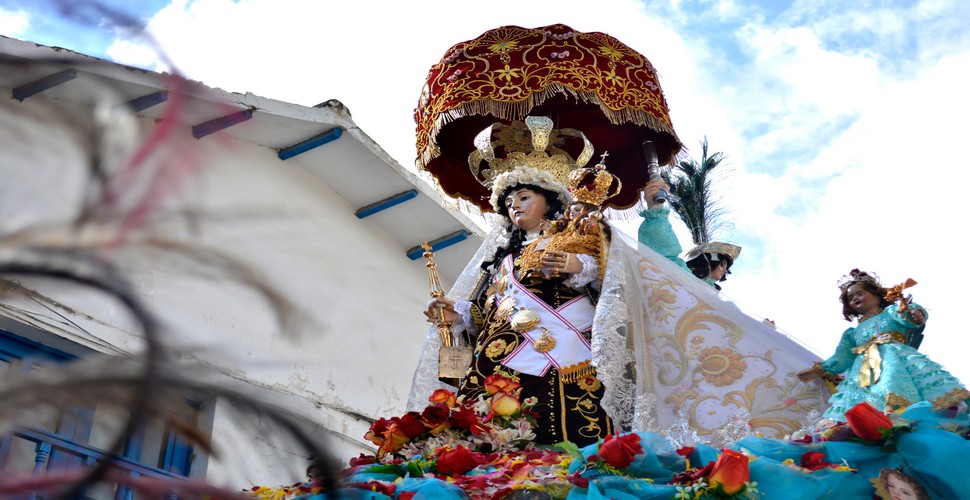 The festival of Paucartambo is considered the epitome of religious and cultural activities that came about during the colonial period. Its beauty lies in the fusion of indigenous and Catholic symbols and traditions to celebrate the blessing of the Virgin through song and dance. La Mamacha Carmen is venerated and is the center of the festival.
There are 19 dance groups dressed in beautiful, comical yet scary masks, and adorned with intricate costumes, with each of them representing or are parodies a colonial character. The three groups who take center stage of the festival are the Qapaq Qoyas, highland merchants come to town to trade; the Qapaq Chunchos, Antisuyo warriors who protect the Virgin; and the Qapaq Negros, the slaves brought to work on the mines who devoted their life to the Mamacha. They play a central role in the festival and on the third day, they sing to the Virgin and convince her to stay for another year. 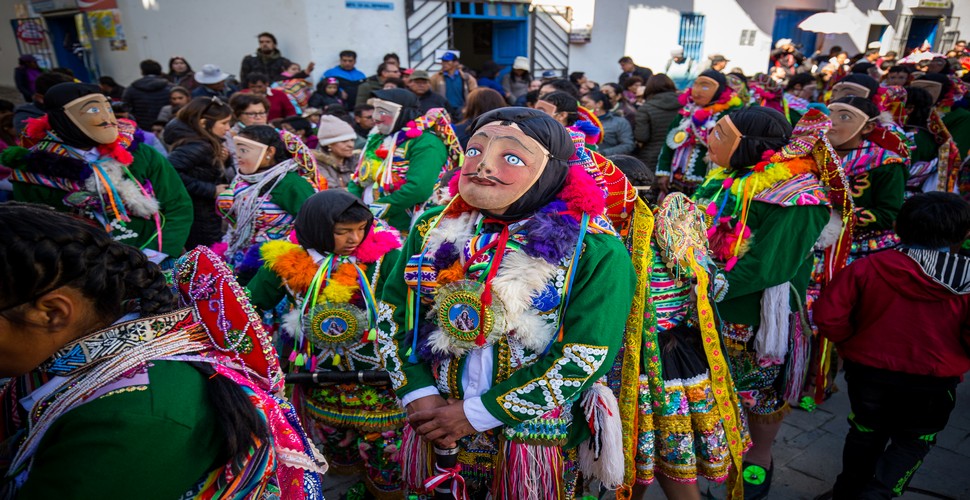 Other highly notable characters are the Saqras, or playful demons, who are there to tempt the Virgin and the audience, and the Maqt’as, who are both beloved and feared. They are responsible for keeping order, and they take to their task with complete lawlessness. Get in their way or the way of dancers and you will be whipped, sprayed with dubious substances, or attacked with stuffed animals. 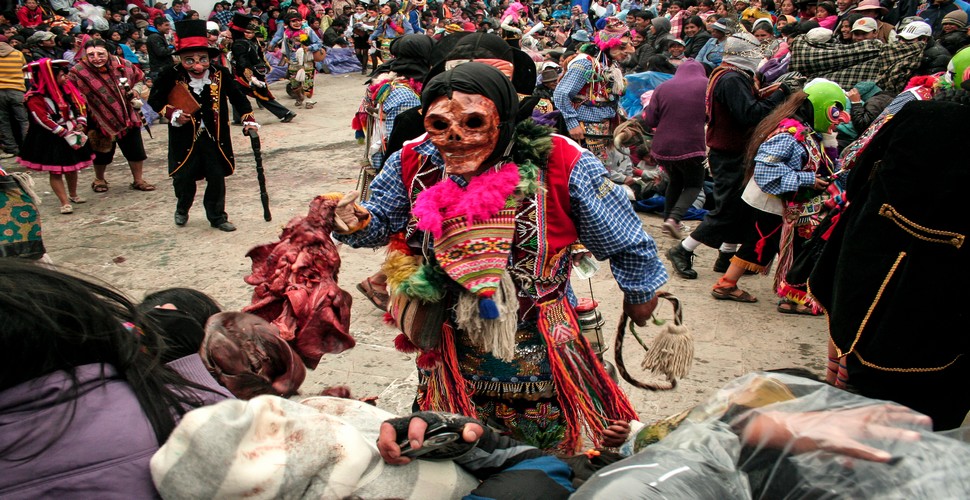 Over the next three days, the dancers participate in a series of symbolic rituals that range from the serious, to the artistic to the festive. The dancers jump through fire to cleanse their souls, serenade the Virgin, or go to the cemetery to visit their departed members. They also light fireworks, throw bread and gifts to the audience, and use pranks, like flailing around balls of fire and spraying beer over whoever is close by. In its characters and rituals, the festival brings together the dichotomy of deep feelings of joy and sorrow. The majeño represent merchants who come to sell alcohol and spirits to Paucartambo. They enter on horses and are always seen with a drink on their hand. 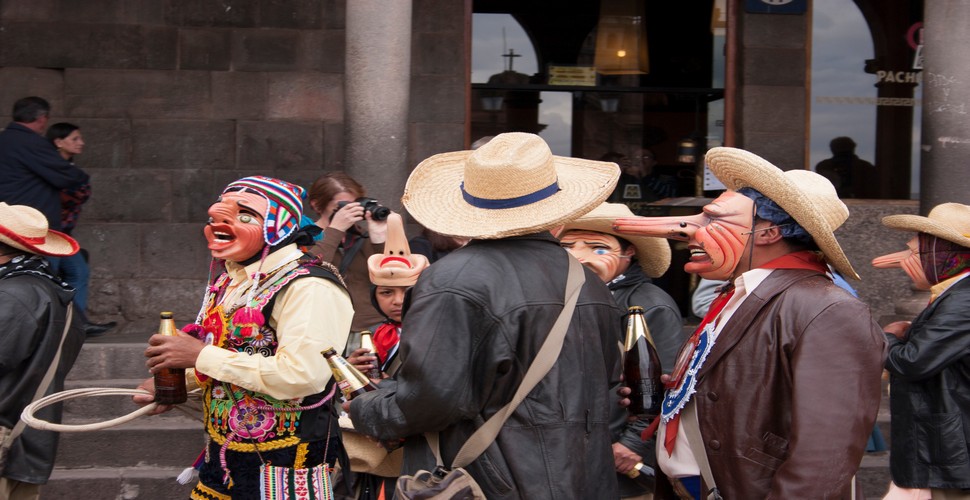 The final ritual is the fight between The Qapaq Qoyas and the Qapaq Chunchos. The merchants allegedly brought the Virgin to Paucartambo by mistake and they try to steal her and bring her back with them to the highlands, while the warriors use spears to protect their Mamacha. One by one the merchants fall and the demons come with a real-life cart of fire to take them to the pits of hell. 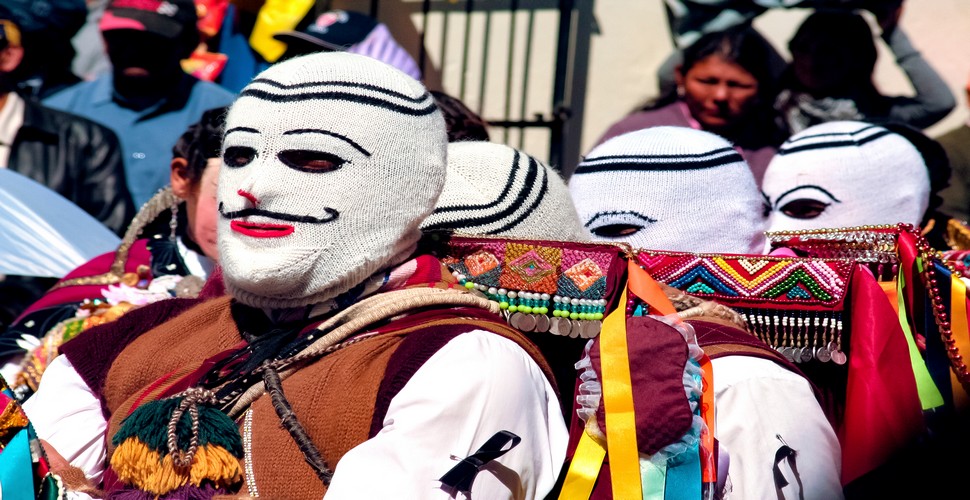 The role of the maqt'a is to keep the streets clear for the dancers, a task they happily complete by scaring the audience. As a visitor, it is easy, to fall into the rhythm of the town, to become captivated by the songs and enjoy the constant supply of free alcohol. But then the festival ends and you get back on a bus to the Inca capital. 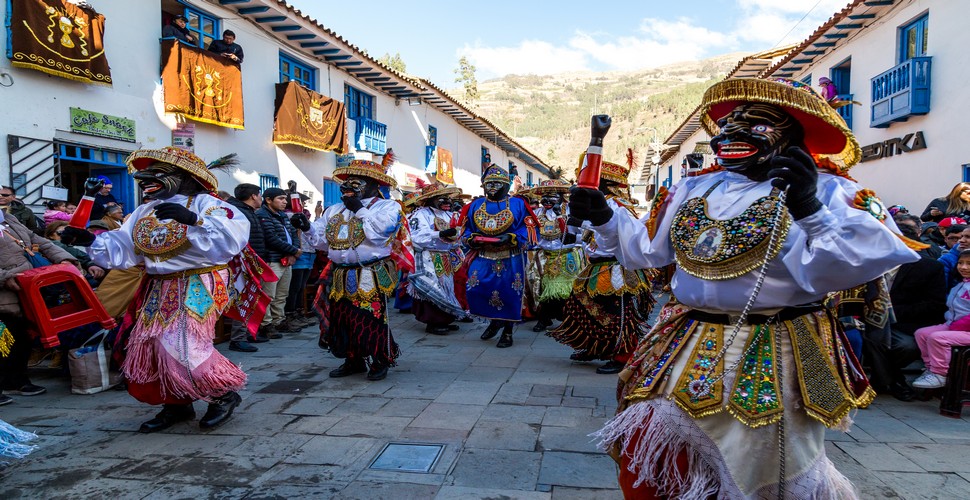 For Paucartambo residents, the festival is never truly over. Their entire lives, seem to revolve around the preparations for the festival. Being a dancer is no small responsibility. To even be accepted into a dance, you have to prove yourself a worthy candidate. Some people spend six or seven years trying to join a dance before they are admitted. This is especially true for women, since there are fewer dances that include them, and only unmarried women are allowed. Once you have joined a dance, you make a solemn promise to the Virgin that you will be back the next year to offer your dance to her. When they are not dancing, they are practicing. Like all other dancers, they spend the year rehearsing the routines and working on costumes, each of which is designed to be unique. The relationship that people have with the Mamacha Carmen is very personal and mystical, and breaks from the structures of the Catholic church. 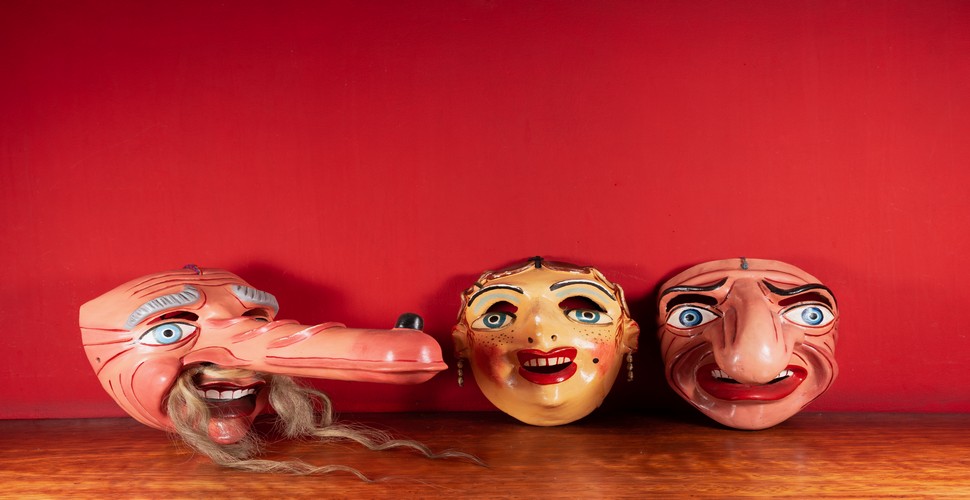 During the processions of the Virgin, the Saqras (demons) dance from rooftops and balconies, turning away whenever she faces them directly.  It is this fervent devotion to the festival that defines the life of Paucartambo and drives people to offer their services to put on this spectacular event. Each dance group opens the door of their meeting hall to anyone who wishes to enter. At lunch and dinner time, every single person will be given a plate of food, often prepared by the dancers themselves. After the rituals of the day are over, the doors open again, and participants are welcomed to a party with live music and free-flowing alcohol. 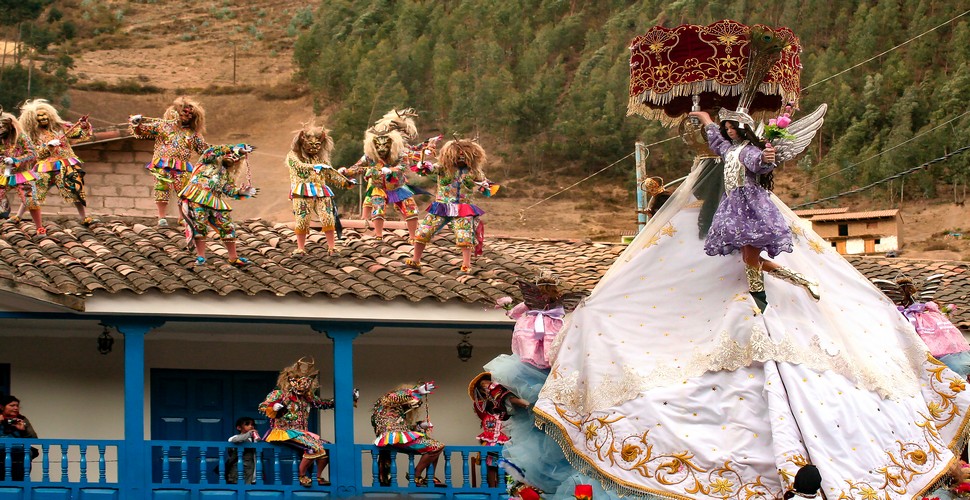 The organizers spend their entire year collecting funds and donations from people around town, organizing the festival, and taking care of the Virgin. Like the dancers, their life revolves around and is defined by these four fateful days in the middle of the winter. 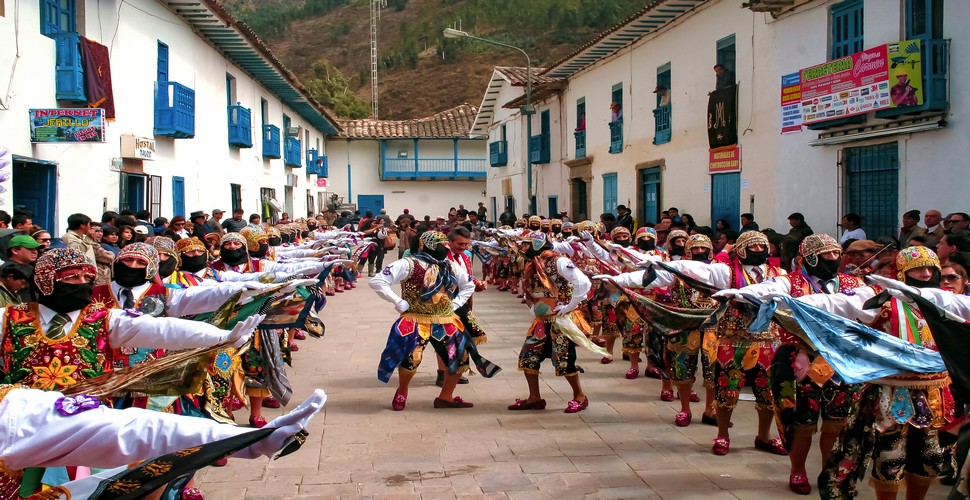