You can NEVER eat too many potatoes!

Peru is the home of the potato. This is where the majority of potatoes originate, up high in the Andean region, thousands of metres above sea level. Today, the potato is a main staple food in most countries. Still, this humble vegetable forms part of most traditional Peruvian cuisine and has been the main source of nutrition in Peru for thousands of years. Here is a brief history of this tuber and its humble origins…. 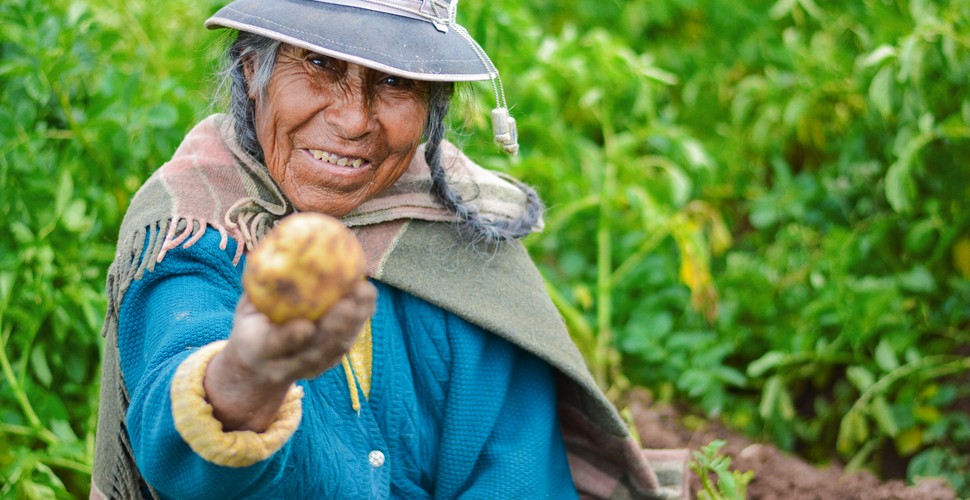 Potato picking in The Andes

The potato is thought to be over 10,000 years old and is said to originate on the shores of Lake Titicaca, the highest navigable lake in the world and found in the South of Peru. The Incas were the first civilisation to farm this native vegetable and they used a variety of methods to preserve this important vegetable. They developed a technique to preserve the vegetable for up to 15 years. They produced the variety of potato called “Chuño” which is still widely available in Cusco markets to this day. They also developed a number of ways to prepare this vegetable and the potato very soon became the main ingredient in Inca cuisine at the time! 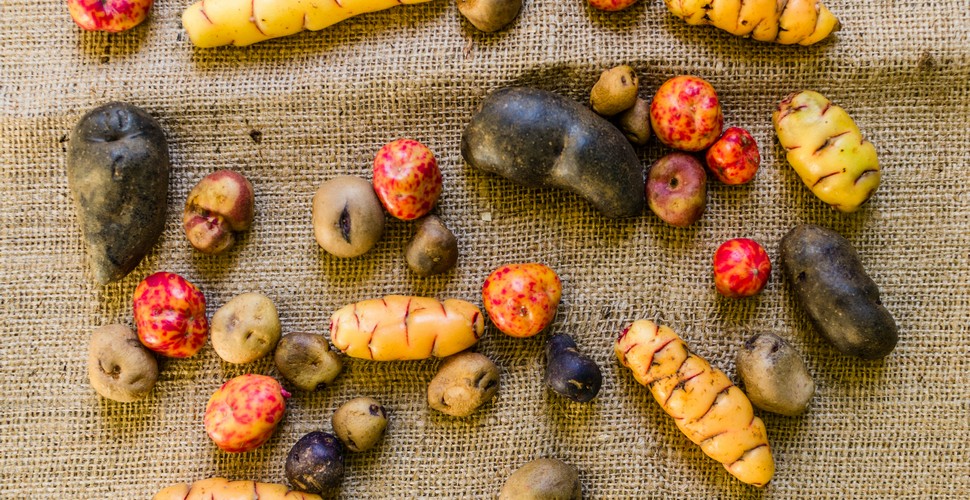 A few of the 2000 potato varieties

The potato very quickly became the main source of food for the Inca armies, who depended on this carbohydrate to continue to advance and conquer most of what we know today, as South America. Peruvian potatoes were not only used nutritionally; they were commonly used to treat injuries, measure time, help women in childbirth and even predict weather conditions! 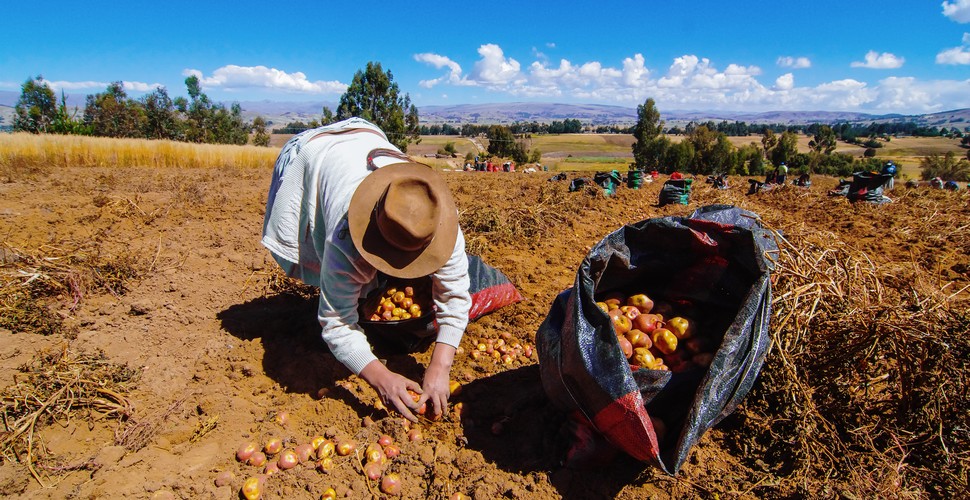 Potato crop in The Sacred Valley

This vital veggie, only arrived in Europe in the 16th century after the Spanish had invaded most of South America. They had wanted to spread the word of God in this “uncivilised” part of the world and were also looking for the Inca gold at the time, but instead, they found something even better, the magnificent potato! On their journey to invade all of South America, the vital vegetable became really important to prevent illnesses such as scurvy due to its high vitamin C content and thus became popular with the Spanish who took the potato back to Europe. 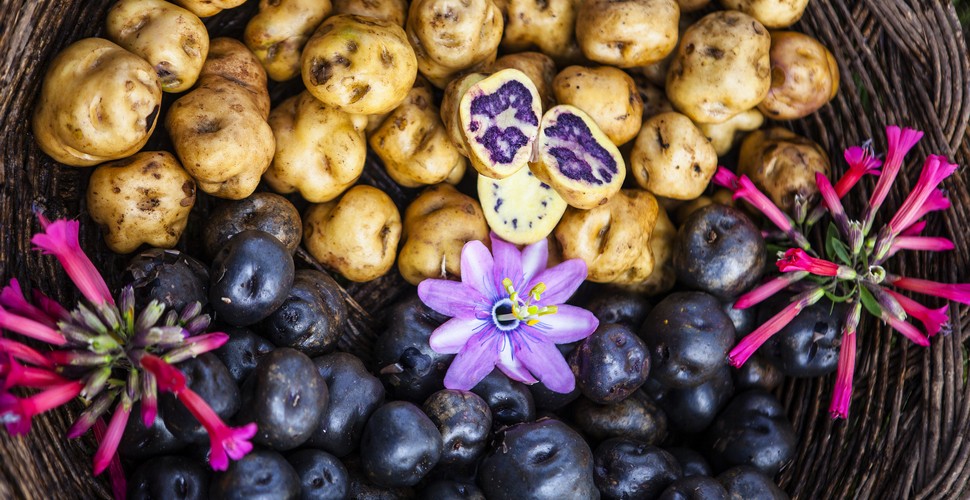 It was a few decades later that Sir Walter Raleigh introduced the potato to Ireland in 1589 near Cork and it was in the 1700s that the potato became widely farmed in Ireland, due to their ability to withstand the extreme weather conditions and it became a staple food in all of Europe. The rest, as they say, is history. The potato became an important food product that we know and love today and is exported worldwide. 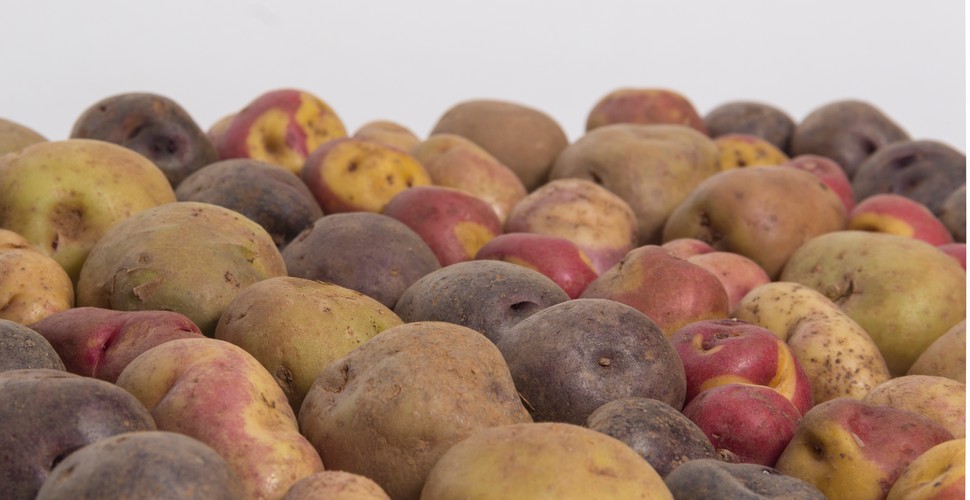 Today Peru boasts over 4000 potato varieties, most of which are grown in the Andean region of Peru, ranging from Purple to pink, to blue to red varieties. If you visit any fruit and vegetable market in Peru, you will be delighted to see most of these types of potatoes in Peru on display and the vendor will only be happy to tell which potato is used for what dish. This veggie is so important in Peru; it even has its own national day, celebrated on the 30th of May each year! 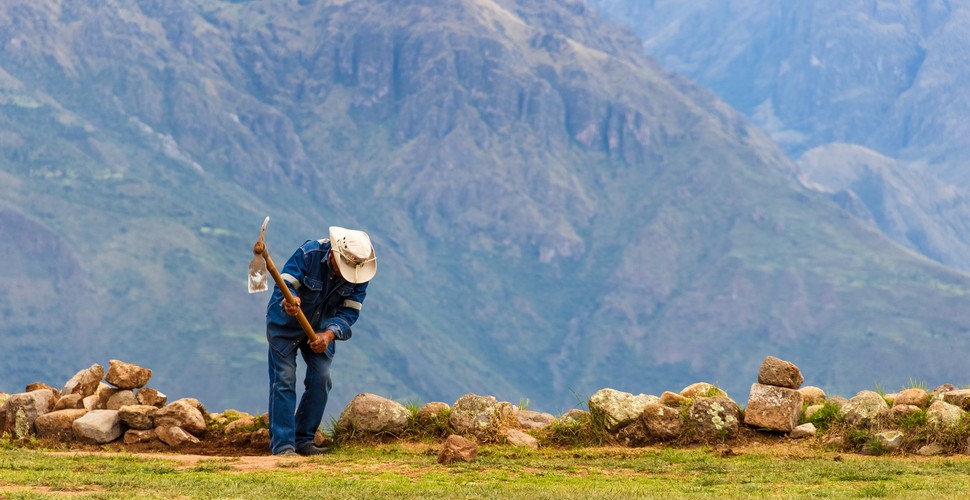 To Peruvians, the potato is so much more than a food source, it is an important feature of Andean culture and traditions. The different varieties are still traded in these communities and are even given as gifts between families for special events. They are also used for medicinal purposes to cure everything from skin infections to headaches! They are rich in vitamin C and have antioxidant properties which are really important in the higher altitude regions where citrus fruit doesn't grow. 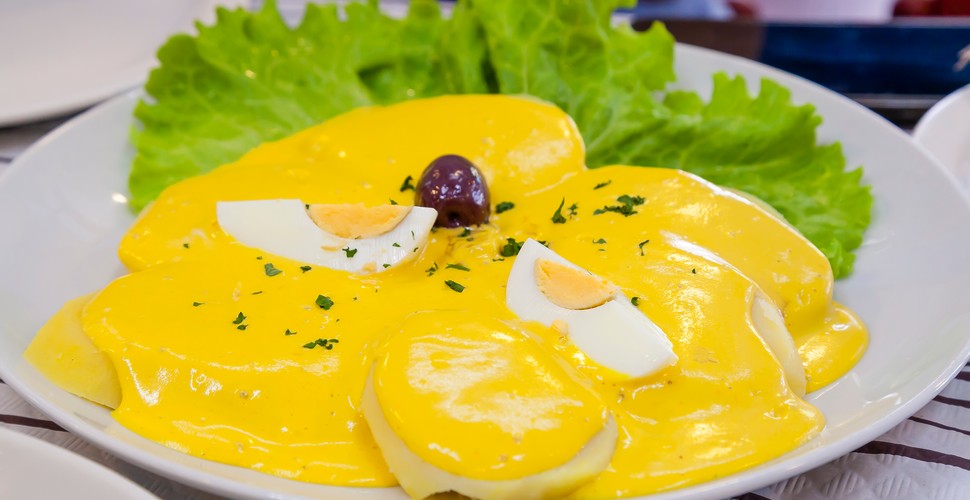 Typical Peruvian potato dishes include; papa rellena, causa rellena, lomo saltado, pastel de papa, chuño, and salchipapas. These are just a few of the amazing Peruvian delicacies that include this incredible tuber, be sure to try them when you visit Peru! 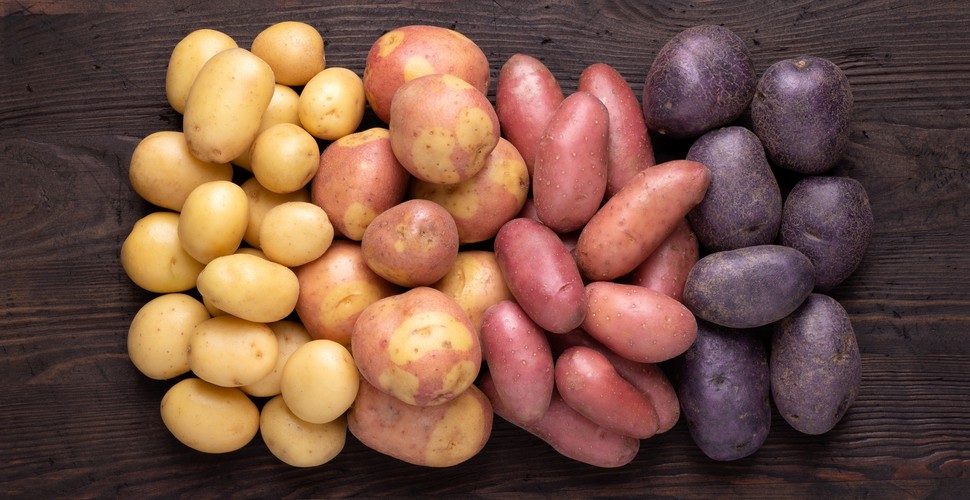