Of course, Peru is famous for being the home of Machu Picchu and quite rightly so! Machu Picchu is the spectacular, signature site of Peru and the reason why so many people come to visit the country. However, Peru´s archaeological prowess does not begin and end with Machu Picchu Peru is blessed with a number of other impressive Inca and pre-Inca sites and historical ruins throughout the country, so here is a list of some of these impressive ancient sites in Peru. Especially if you are looking for a more off the beaten track archaeological experience. 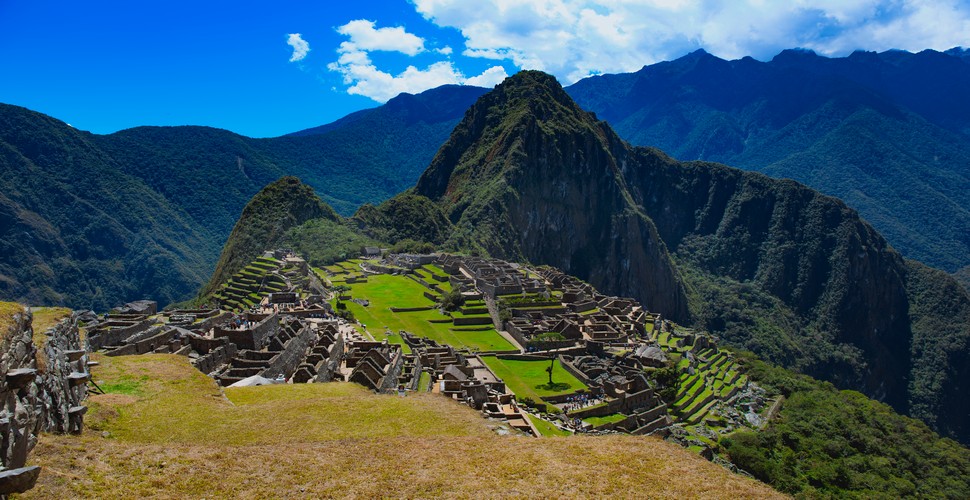 Choquequirao is similar in size to Machu Picchu, however, only an estimated 70% has been excavated. This leads us to believe that it is actually a lot bigger!  Only a two-day hike outside Cusco, and at a lower elevation, this site attracts fewer crowds than Machu Picchu, with just as spectacular views. This ancient site in Peru can only be reached by walking for now, and is for experienced trekkers, due to the steep ascents and descents, but it is worth every second to arrive to this remarkable site. 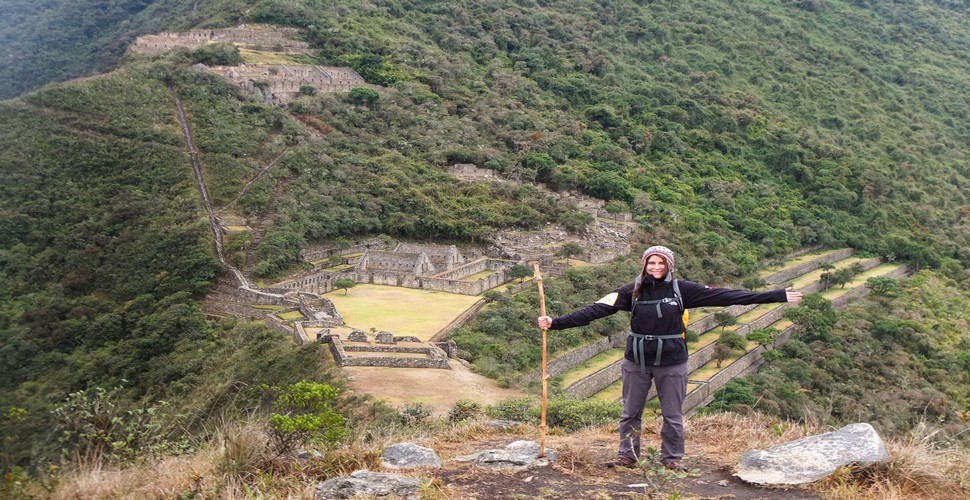 Found just outside of Trujillo lies the pre-Colombian city of Chan Chan. It is the largest adobe (mud-brick) city in the world and is still incredibly well-preserved.  Built by the pre-Incan Chimú civilization, this massive pre-Inca city was home to an estimated 60,000 inhabitants. The plazas and unique architecture are spectacular to wander through and a welcome break from the beaches of you are looking for something a little more cultural! 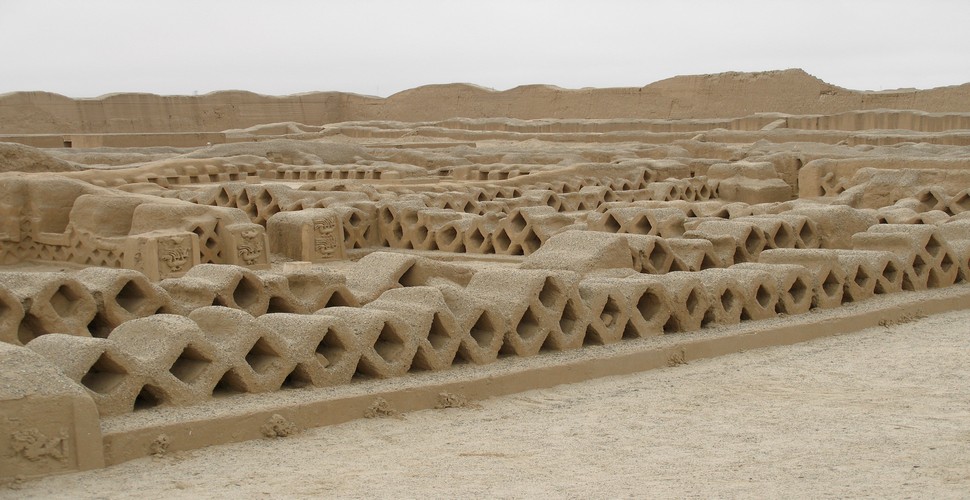 For those interested in Inca history, Vilcabamba is a famous Inca site for its role in the Inca resistance against the Spanish. It is believed to have been the last stronghold of the Incas, as they left the mountains for the lower regions, before they eventually fell to the Spanish. There is a road now to Vitcos ruins in the Vilcabamba mountain range, as well as many spectacular trekking options to this site. 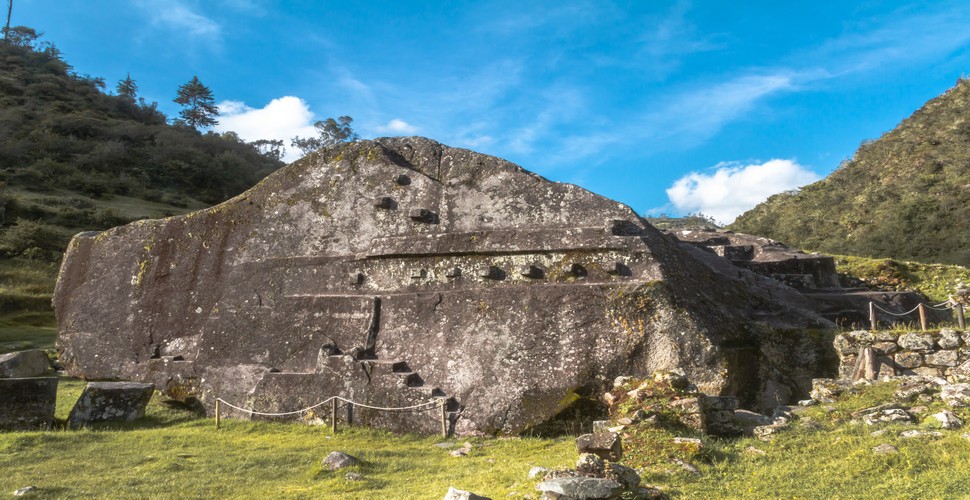 Along with Huaca del Sol, these ruins are thought to have served religious, military and administrative functions for the Moche people, who were another pre-Inca civilization found in the North of Peru during 100 to 700 AD.  While most of the murals on the building have been lost to time, there are still some on the inside of the constructions. The murals mainly depict Moche deities and Gods and are still fantastically preserved. 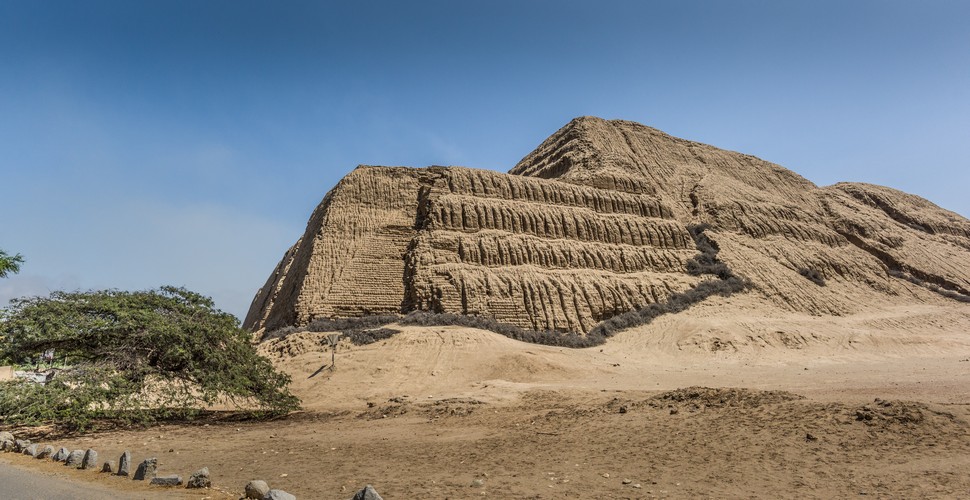 Ollantaytambo was the royal estate of Emperor Pachacuti and was an important fortress protecting a number of entrances on the way to Machu Picchu. Today the ruins remain in an incredible state of preservation and this quaint town is the starting point of the classic Inca Trail. 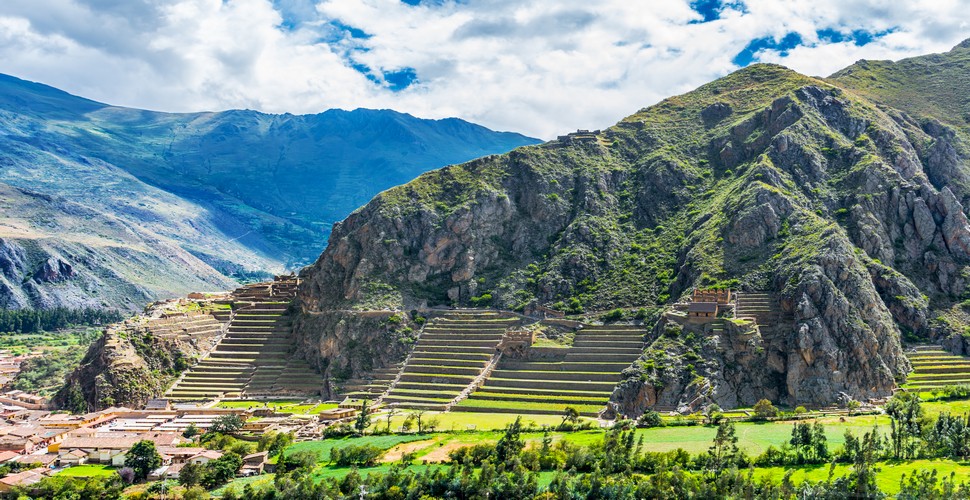 Pachacámac, found just an hour away from Lima. This pre-Columbine archaeological site may not be as impressive as some of the other ruins in Peru, but is of great historical significance. When the Spanish arrived in Peru, this site was captured from the Incas and became the centre of cultural activity.  You can wander around the ruins with beautiful views of the coastal areas, making it a great day trip from the hustle and bustle of Lima. 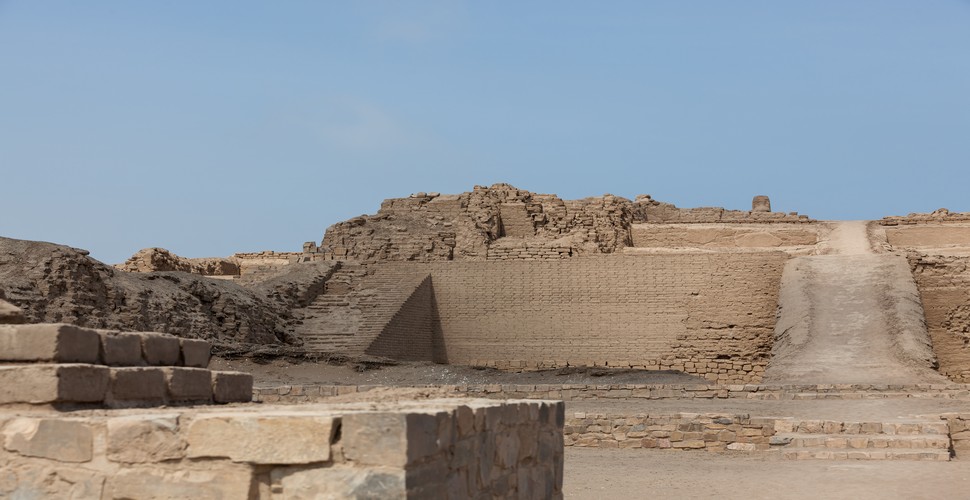 The large archaeological siteof Kuelap can be found on a hilltop is much older than Machu Picchu and home to hundreds of round structures, mysterious ceremonial buildings, massive walls, and Peru’s only cable car system, at least for now! Found in the northern Andes of Peru, near to Chachpoyas, it is one of the most impressive sites to visit in the north of Peru. 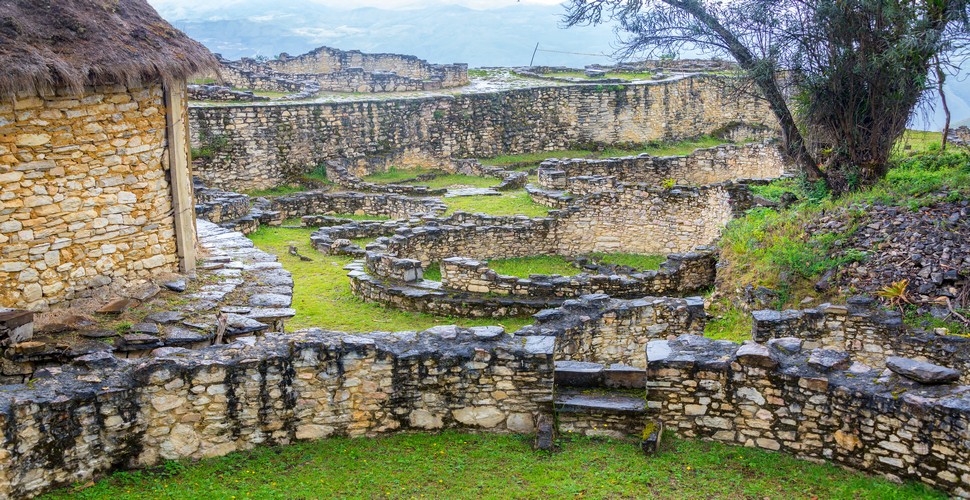 These mysterious drawings etched into the land have baffled experts for many years. There are a number of existing theories and possible explanations about why these ancient people drew these massive geoglyphs, and we recommend a fly over the Nazca lines to see them from above You can take a plane ride to see the lines from above, to formulate your own theory. 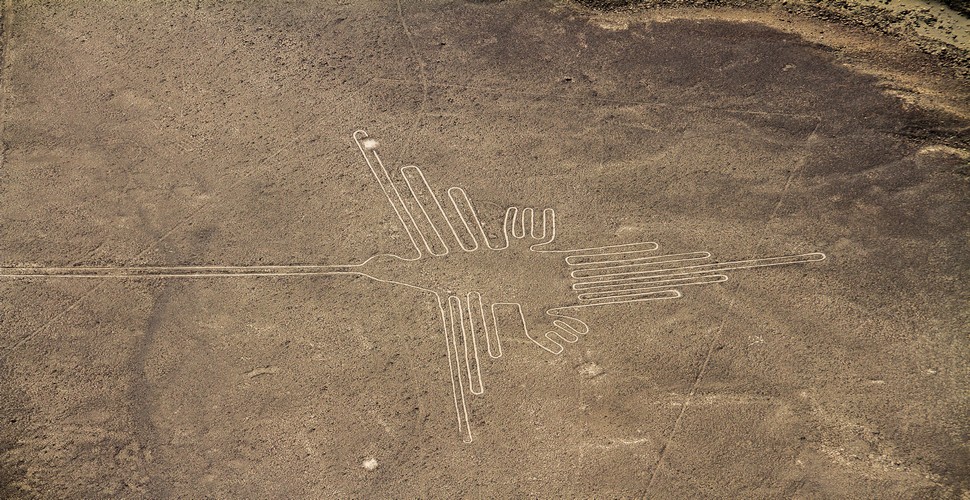 Rising out of Lima’s upscale business district and touristic centre of Miraflores, Huaca Pucllana is a surreal sight, amid the modern urban constructions. Its location couldn’t be more convenient, however being close to all the major hotels of the capital. There is even a gourmet restaurant option on site, for the ultimate unique dining experience. 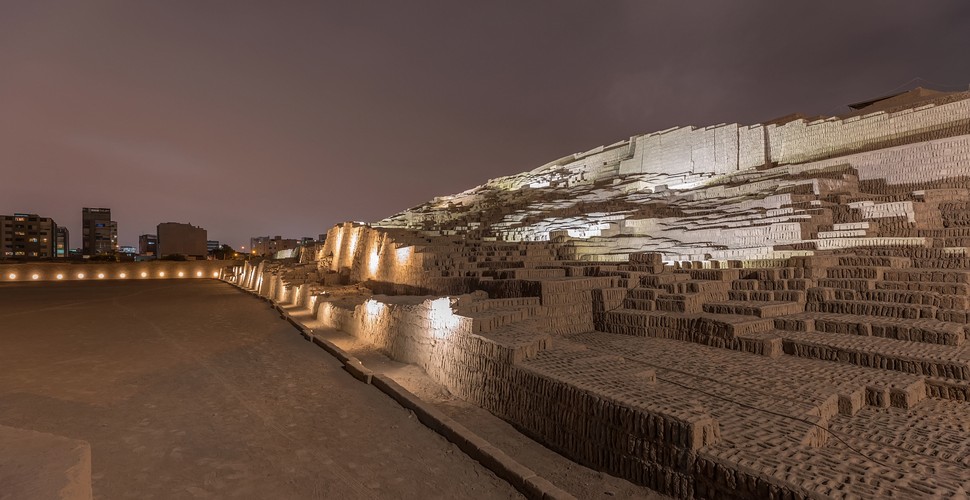 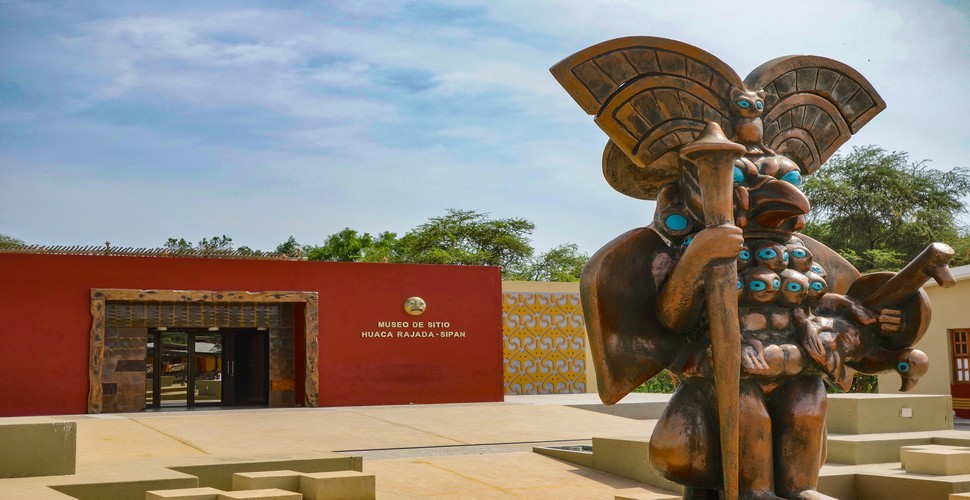